At first, no one would think last Monday’s 15:4 blow-out of the Tel Avi Holylanders over the Jerusalem Lions had much of a subplot. But upon further review, this game told the tale of two very different teams going in very different directions. Never mind the obvious distinctions between Jerusalem’s largely religiously observant team and Tel Aviv’s more secular squad. It was clear after this game that one team was hungry and looked to have a bright future and the other team…..well….. wondering whether it’s really a team or just a weekly spirited pickup game.The stage was set at a lit stadium in Ranana on Monday Dec 13th. A perfectly trimmed grassy field with bright lights had players from both teams salivating over these seemingly perfect Ultimate conditions. So much so that players barely noticed that the field was soaked in slippery-wet dew.

Goodwill between the teams during warm-ups was highlighted in a united candle-lighting for the 7th night of Hanukah. Both teams seemed fired up by the Hanukah light. Brett won the toss against Tomer and the Lions elected to begin the game on offence. With the Bob Marley CD playing in the background, the Jerusalem cheer of “Iron Lion Zion”, was a stark juxtaposition to Tel Aviv’s expletive filled battle cry. From there we called, “seven on the line” and the game started.

There is an expression in sports that the final score was not indicative of how the game was played. In this case it was. The Holylanders took control immediately.
Turnover, point, pull, turnover, point and it was 2:0 in favor of Tel Aviv. Then, for about the next five minutes, the game changed. It was as if the Lions took inspiration from the underdog role in the Chanukah story and were about to do the improbable. All of the sudden we were playing better defense and we got out first turnover. Then Rabbi hucked it to Ezra who in turn hucked it to Noam for our first score. Next point, more of the same. Tel Aviv makes a throwing error and Jerusalem capitalizes. Score is tied 2:2. All of the sudden Tel Aviv doesn’t look so invincible anymore.

But this Maccabeem revolt would have a different ending. The Holylanders regained their composure and started to get their offense in gear. Using the entire field, they made simple cuts with dump-swings and moved the disc very with a simplicity that could only be described as flow. Just like that they scored the next 3 points. 5:2 in favor of Tel Aviv. And in that same time span, the Jerusalem offense began to sputter. Stall counts were getting higher as cuts were becoming more infrequent. Even completed passes were caught tentatively, as if we didn’t believe we were actually catching the frisbee. Complicating matters worse was the slick grass. Several handlers were unable to make good cuts without totally wiping out. In one point, the lack of cuts had lead to two different turnovers on 10-counts. Momentum had shifted.But Jerusalem had one gasp left. Surprisingly enough, it came on the defensive end. Tel Aviv seemed to have the edge in team speed and conditioning, but Jerusalem didn’t want to lose the battle of heart. And often, heart can be more easily measured in defensive intensity. So Jerusalem turned up the pressure in the man to man defense.

This was evident on two successive throws for Tel Aviv which were both completed, but nearly blocked by full layout bids by Jerusalem defenders. Due in part to this defense, the next throw sailed out of bounds. Points became longer because Jerusalem was forcing more turnovers. And we even scored another point, but it was our ineptitude on offense which lead to our collapse. We somehow went into the half only down 8-4 after a gift 4th point when Brett’s defender mack’d a bad throw into Brett’s hands in the end zone for the score.The 2nd half was really when the onslaught began. Tel Aviv had re-established their flow and was scoring easily and quickly. Simultaneously, Jerusalem began to self-destruct. Uncontested drops, ill advised hucks that were blocked easily, and the continuous lack of cuts contributed to a lame-duck offense that was unable to move the disc. Normally sure handed players dropping discs and strong handlers not getting open was the recipe for disaster. Jerusalem players started to get frustrated and confused about rules like picks and stall-counts. By this point, the Holylanders were on auto pilot as the Lions handed the disc with turnover deep in their own territory. The Lions never scored in the 2ns half. The game which was scheduled to go until 11pm ended at 10pm. For the Jerusalem faithful, it could only be described as ugly.

So why was this game significant? This was the 4th meeting between the two team in recent years with Tel Aviv emerging victorious each meeting. Each successive game saw an increase in Tel Aviv’s margin of victory. This lions squad, according to some Jerusalem players, was arguable the most talented group of Jerusalem players to come to this game. The obvious conclusion is that Tel Aviv, as a team, is on the rise. Having played in a European tournament last year and having intensified their practices, they have become a very hungry Ultimate team with an intense desire to continue lifting up their game. They are attracting more young Israelis who are hungry to play Ultimate at a high level. Evidence of this is that they already have an A, B and C team. Clearly this game was testament that Tel Aviv has raised the bar on Ultimate in Israel. The question is who can compete with them in Israel?

For the time being, Jerusalem is not in that echelon. Jerusalem Ultimate is, for all intents and purposes, a weekly pickup game on Friday morning sandwiched between a busy week and the Shabbos rush. This Ultimate community is comprised of mostly religious players with varying degrees of Ultimate experience. Within this community are a minority of people who would like to see an upgrade in commitment towards making a more competitive team. But that is not the consensus, nor does it appear to be heading in that direction. We love Ultimate, but not enough to make it a higher priority than a once a week pickup game.This game in Ranana was a strong litmus test for two teams. For Jerusalem it was a reality check that we are indeed less a team and more a collection of Ultimate players. For Tel Aviv, this victory was evidence of a team committed to a common goal of continued improvement and a higher level of play. We, from Jerusalem, salute you and wish you many successes on your Ultimate journey. We look forward to the future of Ultimate frisbee in Israel with you leading the charge. 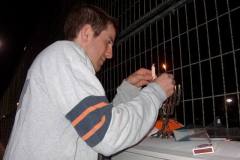 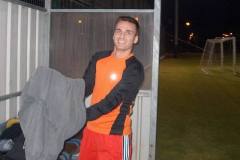 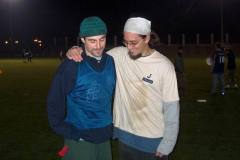 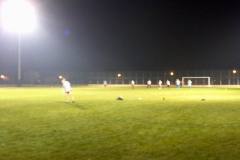 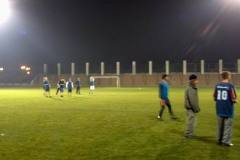 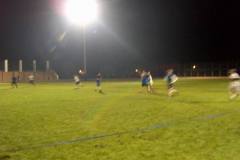 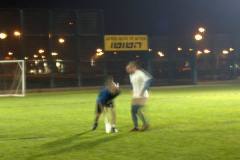 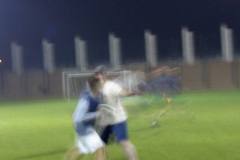 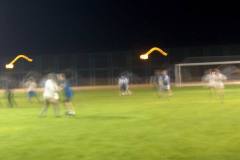 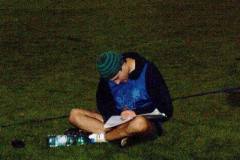 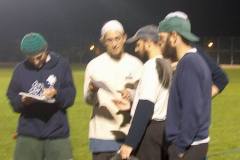 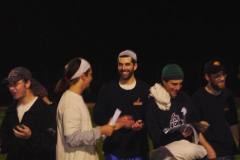 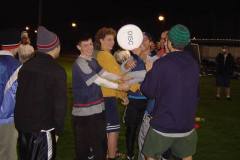 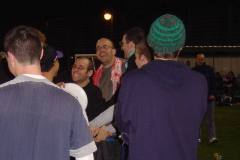 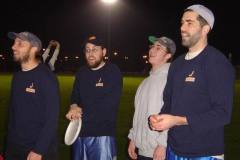 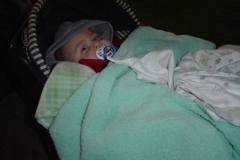 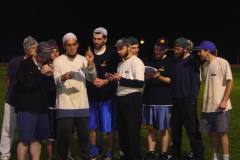